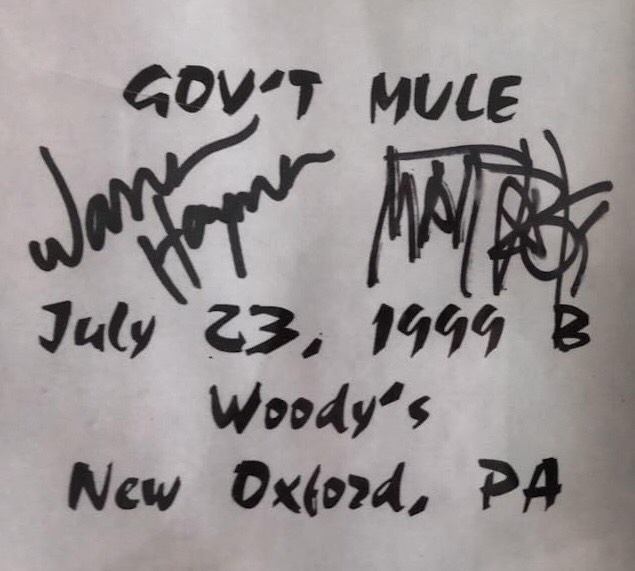 Gov’t Mule was formed by The Allman Brothers’ guitarist Warren Haynes, and bassist Allen Woody in 1994, and instantly became a fan sensation. Feeding us music feigns with those southern rock jams we all crave.

On July 23, 1999, Gov’t Mule rocked Woody’s Nightclub in New Oxford, PA. This was literally a show for the ages, one that attendees still talk about over 2 decades later. We are proud to be able to release their mixed & mastered set from that wonderful night.

Check out this other amazing (earlier) setlist by Gov’t Mule, recorded, mixed and mastered through Earrigation. This live event was at The Paradox on July 29, 1997 in York, PA, sponsored by Custom Blends Tobacco.